If you’re in the market for a new computer, then you’re going to have to make a decision: Go with a traditional hard drive (HDD), or a solid state drive (SSD). While a computer equipped with an HDD will cost you less money, an SSD promises to faster speeds and a longer lifespan. This begs the question, is SSD worth the extra money?

From a performance standpoint alone, SSD might not necessarily be worth the extra expense; that is, if we’re talking about using the machine for the day-to-day operations of a regular, run-in-the-mill business. For tasks like word processing and data entry, basic computer hardware will get the job done. However, if you're purchasing the new computer to use it for a media-heavy task like rendering video and high-end gaming, then we think you’ll find SSD worth the extra expense.

Now, if the HDD vs SSD debate ended here, then it really wouldn’t be worth covering in our blog that addresses the everyday technology needs of SMBs. After all, computers equipped to render HD graphics are specialty machines, and those in this line of work are likely already decided on this issue. Rather, for the everyday business owner who’s primarily concerned about value and ROI, what makes this topic worth covering is the fact that SSDs have been proven to last much, much longer the HDDs.

Hard disc drives have a reputation for lasting five years before failing and needing to be replaced. Additionally, when we’re looking at HDDs being used continuously, like in a server unit, then the average lifespan drops down to four years. This, according to a recent study by Backblaze which analyzed the lifespan of more than 41,000 drives used in their data centers.

Due primarily to the fact that SSDs don’t have any moving parts which cause quicker deterioration, like with its HDD counterparts, they’re able to last much longer. How long are we talking? For an accurate number of how many years an SSD drive will last, the tech industry is still crunching the data and trying to come to a satisfactory conclusion.

What makes finding out the lifespan of an SSD interesting, is that one can’t really judge this by the number of years that the drive is in service, but rather, how many writes it can handle. To that end, TechReport did a study where they saw more than 700TB of data read and written to a single SSD before it failed. Lifehacker has put this obscene number into perspective:

These drives usually come with a three to five year warranty, and manufacturers assume you’ll write 20GB-40GB per day in data. That means to get to that 700TB, you’d have to do 40GB every day for 17,500 days, or about 50 years.

50 years! That’s an epic lifespan for a computer drive and it blows the 4-5 year lifespan of an HDD out of the water. Plus, concerning the TechReport test, a 700TB lifespan for SSDs is just the beginning. Many of the SSDs tested ended up lasting well beyond that mark. As explained by ArsTechnica:

The other three SSDs are still working and have made it past 1PB of writes, and TechReport’s torture test remains ongoing. However long the drives do end up lasting, it’s definitely long enough to put to rest a lot of fears about current-generation SSD lifetime limits.

For the computer user on the fence about going with HDD or SSD, findings like these should help to clear things up. If you’re looking to make a computer purchase that you’re expecting to get less than five years of use out of, and you’re looking to save some cash, then HDD is a fine choice. However, if you’re looking to get the most performance and value out of your drive and want your new machine to last well beyond five years, then an SSD is worth the extra expense.

One more thing to consider, because of the mechanical aspects of an HDD drive, SSDs are more cost effective in laptops due to their low-power consumption, and are more resilient overall than your typical mechanical drives. This makes your hardware more hardy, allowing it to take more punishment while you travel with your laptop.

For technology purchases like this, SMART Services is here to help. Additionally, with our managed IT services, we can remotely maintain your company’s computer equipment so that it will last longer, as well as backup your data with our BDR solution in order to prevent your business from crashing along with your drive. To learn more about how SMART Services can help your company get the most out of its technology, give us a call at 586 258-0650 . 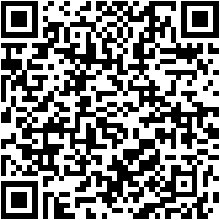