10 Types of Hackers You Need to Know About

When you hear the term “hacker,” what do you imagine? Based on the popular images out there, you might imagine a lone user (in a hoodie or ski mask?) hunched over a computer, creating chaos for chaos’ sake. However, this is a dangerously narrow view of “hackers.”

Not all hackers are the same. Each has motivations and different targets they generally don’t deviate from. Let’s review 10 classifications of hackers that are out there.

Of all of these threats, which would you guess causes the greatest problems for small businesses? If you guessed the malicious insider, you’d be right. However, that doesn’t mean you are immune from negative influence from the other hacker types. You’re going to need a solid security solution in place to keep your business safe.

SMART Services can help with that. Give our secuirty experts a call at 586 258-0650 before one of these groups successfully targets you. 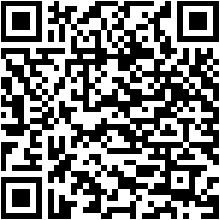