While security experts tend to focus on desktop OS vulnerabilities, plenty of mobile malware threats fly under the radar. One such malware is Hummer, a trojan that installs unwanted apps and malware on a device and has been found on over a million phones worldwide.

About Hummer
The Hummer malware family has increased over the past year. It’s thought that Hummer originated in China, where at one time it infected over 63,000 devices daily. While the spread of infections has dramatically decreased, this hasn’t stopped Hummer from infecting about 1,190,000 devices.

As reported by TechRepublic, here are the top five countries and the number of devices that are infected by the Hummer malware:

What It Does
Hummer roots the devices it infects, which can unlock the operating system and allow for administrator privileges. Once it has infiltrated the device and unlocked it, Hummer installs malware, unwanted applications, games, pornographic applications, and other malicious and annoying programs. Since Hummer roots the device, your traditional antivirus and anti-malware programs aren’t sufficient to get rid of it.

Perhaps the most dangerous part of this malware is that you can’t uninstall the unwanted apps. Well... you can, but the trojan will just reinstall the apps, which is both frustrating and a terrible use of your mobile data. Cheetah Mobile ran a test on the Hummer trojan and came to some shocking results: "In several hours, the trojan accessed the network over 10,000 times and downloaded over 200 APKs, consuming 2 GB of network traffic." It’s clear that you don’t want this malware installed on your device, as it could jack up your phone bill and become an immense annoyance.

Fixing It
To make matters worse, wiping your device won’t even be enough to get rid of the trojan. Cheetah Mobile claims that the factory reset won’t remove it. Users could also flash their device, but this can get complicated, and we don’t recommend doing so if you have no clue what you’re doing.

Hummer isn’t the first mobile malware, and it certainly won’t be the last. Users of smartphones have to be just as cautious and vigilant as desktop users.

Let Smart Services position your agency for tomorrow’s technological challenges. For 25 years, Smart Services has helped agencies across the U.S. face a changing environment by providing innovative technology solutions that allow agencies to focus on growing their business. MyAgency Cloud, our complete cloud solution, covers all your technology needs in the cloud or at your agency. In today’s competitive environment, it’s time to make your agency technology a strategic asset, instead of a liability. Let us show you how. To learn more, please call our expert agency technology advisor at 586-258-0650. 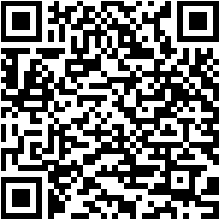