Are the Deals Better on Black Friday or Cyber Monday? Many consider the beginning of the holiday (shopping) season to be Black Friday, the day after Thanksgiving. This day is infamous for deals so good, people are willing to wait in line for hours before the stores even open in order to take advantage of them--however, are these deals really the best, when Cyber Monday is now in play? We examined what can be expected on the major deal days to find out.

Some Backstory
Black Friday was first established in the 1950s as a way to start the holiday shopping season off on a profitable note. In fact, Black Friday gets its name from its ability to bring stores and their annual profits out of the red and into the black.

Cyber Monday, on the other hand, was born to encourage shoppers to use the new shopping capabilities to be found in “cyberspace,” hence the name Cyber Monday. These sales often took place on Monday because, at this point, most personal users were still using dial-up Internet connections, while their offices had the faster connections. So Cyber Monday mainly got its start from workers who were doing their online shopping during work hours. These sales proved to be major money draws for online stores, so they made sure to make it as big of a deal, so to speak, as Black Friday.

Nowadays, these two events have blended together somewhat. Black Friday’s sales can often be found online, as well as in-store. However, Cyber Monday will never make the move into brick-and-mortar establishments.

Where (or When) The Best Deals are Found
Of course, there is no cut-and-dry answer to this question. There are many variables involved in finding the best deals for different items, and these factors change from year-to-year.

Furthermore, if we only consider deals that take place on Black Friday and Cyber Monday, we ignore another day that--at least last year--dominated, as far as the best deals are concerned: Thanksgiving Day itself.

Turkey Day deals were the best of the three options in almost every category in electronics, computers, and beauty, were the best in half of the kinds of entertainment deals, and dominated home and garden purchases in all categories. Comparatively, Black Friday and Cyber Monday only managed to provide the ideal deals in, at most, one subset of each category. Sometimes, there was no competition, and Thanksgiving Day deals were just the best option. Notable exceptions were Android devices (Black Friday was the best time for these) and laptops (which were available for the best deals on Cyber Monday).

Of course, since these are the results from last year, they may offer no valuable insights into this year’s tendencies at all. If you consider yourself a true bargain hunter, it may be wise to find an app that directs you to nearby deals or offers rewards for shopping and scanning your receipt.

You also have to take into consideration the other, non-financial costs involved in each form of shopping during this time. For example, the convenience of Cyber Monday often offsets the slightly less-good deals that one may find. After all, isn’t it easier to order something in a few clicks to have it brought to your door than it would be to wait outside in the wee hours of the morning and fight your way through crowds of people, all for a difference of a few dollars? And to the same point, is the difference of a few dollars worth sacrificing the quality time a holiday can bring to scramble around a store?

So, to answer the question of when is the best day to find a great deal on holiday gifts (and maybe a little something for yourself): it all depends, so you’ll have to do a bit of homework. Researching prices, shopping around, leveraging apps, and paying attention to advertisements will all help you to optimize the amount you spend in preparation for the holidays.

So what do you think? Are you the kind that dives right in on Black Friday, or are you more comfortable doing your shopping in “cyberspace?” Or do you work off the Thanksgiving calories by going out that very night? Share your strategy with us in the comments section!

Facebook Twitter LinkedIn
Tags:
Sales Retail Commerce
Tip of the Week: We All Make Mistakes, but Try To ...
This Holiday Season, the Greatest Gift of All Coul... 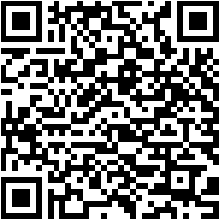