Whenever you receive an email, there’s the possibility that it’s a spam message sent to infect you with viruses or malware, or to just waste your time. This chance isn’t just negligible; in fact, it’s enough to warrant concern for anyone utilizing email as a communication medium, including business owners. Thankfully, users of Gmail will soon be having a much easier time knowing the origin of their messages, and whether or not they were sent over a secure connection.

Gmail will soon inform users of whether or not messages were sent to them over an unencrypted network, in the hopes of improving online security for all users (and providers) of webmail. It’s a way of increasing awareness, as well as emphasizing the necessity of encryption for sensitive online services. While Gmail already takes advantage of an HTTPS encryption protocol for its own mail service, this is only a small step toward increasing the security of online email services. The HTTPS only encrypts the browser’s connection with the server, rather than all of the traffic to and from senders and receivers.

In other words, unless the email provider is taking full advantage of encryption while messages are in transit, external parties could potentially be snooping around for information. Providers like Google, Comcast, Microsoft, Yahoo, and others, are taking advantage of protocols that can limit outside intervention by using STARTTLS.

As explained by ZDNet:

A lot of providers don't support STARTTLS, meaning that any email encrypted by the sender can't be read when it's received on the other end. This so-called opportunistic encryption works when both email providers support STARTTLS. If one doesn't, then the other provider falls back to an unencrypted form.

Therefore, the most important aspect of this new email encryption protocol is that it will encourage email providers to offer the same security measures that big names like Google and Microsoft do.

While this new encryption notification policy can improve the way you read and interpret emails, you don’t want to rely on this method to keep your business’s communications solution safe.

SMART Services' myWEBdefense adds an extra layer of protection to your entire network infrastructure with a secure Firewall solution for your business.  With myWEBdefense, you can block unauthorized access to your computers and network, protect data, and provide a strong first line of defense against viruses and malware. Call us at 586-258-0650 to learn about myWEBdefense and other technology solutions we offer to increased productivity and profitability.

Facebook Twitter LinkedIn
Tags:
Email Gmail Update
3 New Gadgets For 2016 That You’re Gonna Want [VID...
Tip of the Week: 4 Ways to Not Annoy Everyone With... 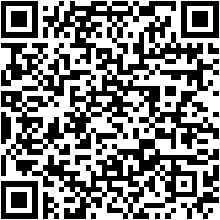