Tip of the Week: How to Spot a DDoS Attack

If you are a technician and a network you are responsible for begins to go down because of unusually high traffic, there is a good chance you are experiencing a distributed denial of service attack, or DDoS. These attacks, which are extraordinarily difficult to prevent altogether, can be costly for a business.

When targeted by a DDoS attacks, an organization’s network is overloaded with traffic. This is a deliberate action perpetrated by a party looking to take down your network, and is typically performed by a botnet created by hackers. The attack quickly shifts from being an unruly inconvenience to a major operational problem, as these robots take down your ability to access your data and applications.

One major difference between a DDoS attack and your traditional hack is that the former can be carried out by almost anyone. Fortunately, you don’t have to give up to a seemingly relentless DDoS attack. By understanding your network, its traffic, and what to do if you are at the unfortunate end of one of these attacks, you won’t have to deal with the downtime typically associated with this type of interruption.

Beyond the DDoS attack, if you understand your organization’s network, you will be in a much better position to react to the most common issues your network may face. The minute you see traffic that looks out of place, you can react to the issue, avoiding costly downtime.

Be Ready
The unpredictable nature of DDoS attacks leave many IT administrators unprepared. While there is definitely a reason why you are under attack, it's often difficult to know what that reason is. However, one way this threat can be mitigated is by hosting some or all of your organization’s computing infrastructure in the Cloud.

Independent agencies can’t afford to have large chunks of downtime. To ensure your organization is protected, you should have certified technicians review your network. At SMART Services, we have the knowledge of industry best practices and 25 years of  agency I.T. experience warding off cyber criminals. We can also let you know your options for moving to the Cloud, something many agencies are in the process of doing. 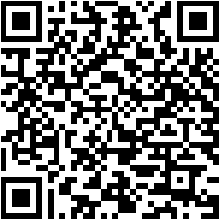