Shock: The Smartphone was Conceived a Century Ago

Most people believe that the internet, cellphones, smartphones, and other mobile devices are today's technology. What they may not know is that the very concept of wireless communication and data transmission was being experimented with in the late 1800's to the early 1900's by Nikola Tesla.

When people hear "Nikola Tesla", the first thing that they think of is a Tesla Coil. Some people may even remember him by his contributions to alternating current. What some people may not know is that Tesla largely contributed to some technologies we use today such as X-Ray's, remote controlled vehicles (drones), radar, wireless communications and even your smartphone.

Tesla's theories of wireless communication, or radio waves, go as far back as 1893 with some of his lectures. The first remote controlled vehicle, or "teleautomation", was invented and demonstrated by Tesla in 1898. Taking place in Madison Square Gardens in N.Y., Tesla demonstrated the use of "teleautomation" in the form of a boat of which he controlled with a radio transmitter. Of course he got a lot of scrutiny from the crowd as some claimed he did it with telepathy, magic or even a trained monkey hidden in the boats interior (A later design was constructed with a glass shell).

In 1899, Tesla began investigating atmospheric electricity concerning the ionosphere and the ground's telluric currents at his Colorado Springs Laboratory. From his calculations and experimentations he determined that the earth's resonant frequency was 8 Hz. With this information, Tesla was able to transmit electrostatic forces through natural media to a wireless receiver. In 1900, Tesla left Colorado Springs and prepared for his establishment of the trans-Atlantic wireless telecommunications facility in Long Island, known as Wardenclyffe.

By considering all of his calculations and implementations up to that point, he wrote in his book, The Future of the Wireless Art, the following statement:

"As soon as [the Wardenclyffe facility is] completed, it will be possible for a businessman in New York to dictate instructions, and have them instantly appear in type at his office in London or elsewhere. He will be able to call up, from his desk, and talk to any telephone subscriber on the globe, without any change whatever in the existing equipment. An inexpensive instrument, small enough to fit in your hand, will enable its bearer to hear anywhere, on sea or land, music or song, the speech of a political leader, the address of an eminent man of science, or the sermon of an eloquent clergyman, delivered in some other place, however distant. In the same manner any picture, character, drawing, or print can be transferred from one to another place ..."

In other words, Tesla envisioned the smartphone and wireless internet and was the cornerstone in wireless communication. Unfortunately, due to financial means, the Wardenclyffe Tower was never completed. Technological progression, from the creation of this facility, would have given mankind a huge leap forward in wireless technology. Where do you think we would be if Tesla was able to complete the Wardenclyffe, and implement his theories into reality? We want to hear your theories in the comments. 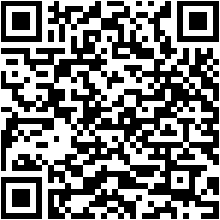